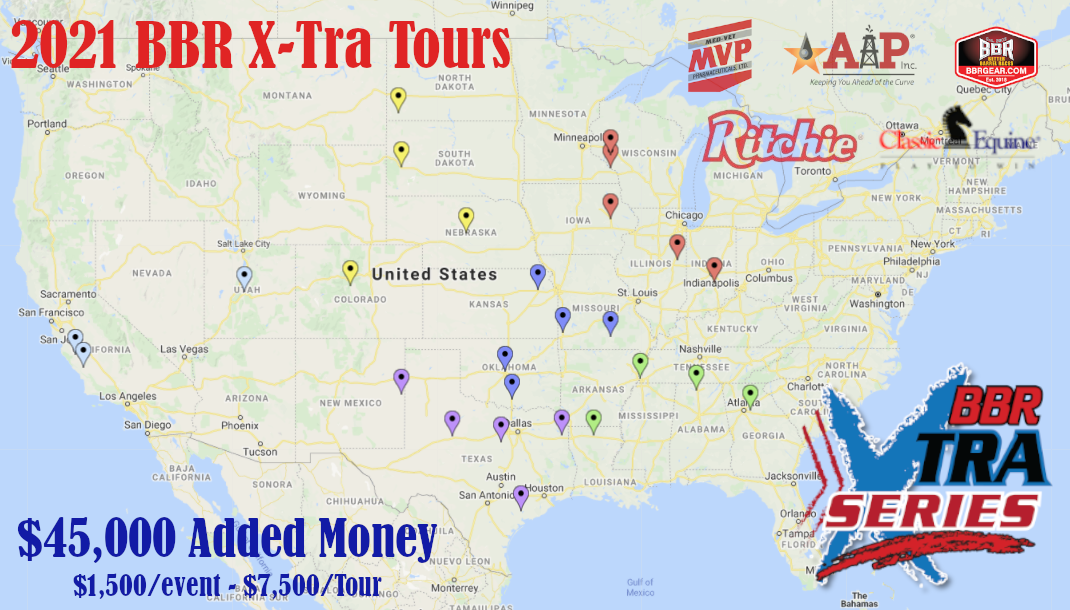 The BBR X-Tra Series offer added money along with special series standings and awards. Each series event includes a BBR Members Only Sidepot competition offering series points and BBR World Finals qualification credit. Series points leaders win awards including a guaranteed spot in the Short Go when entering the BBR World Finals! With Six (6) X-Tra series across the nation, there is one near you!

Added Money and Prizes for the BBR X-Tra Tour Series is provided by the following sponsors!